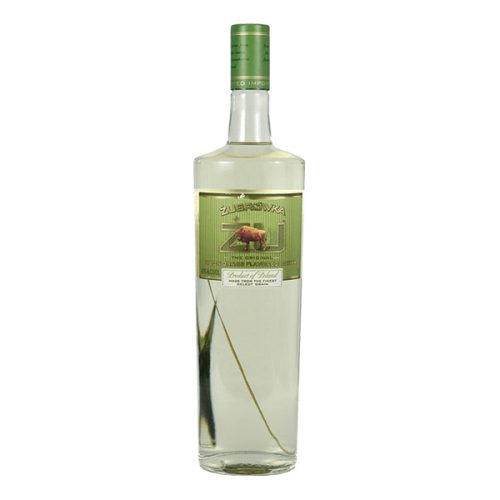 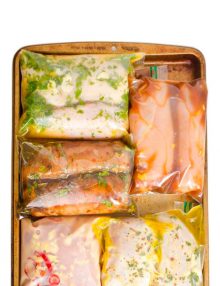 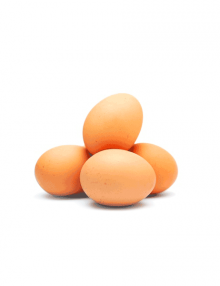 Next product
Add your review

Bison Grass has a long history in Poland and was once the drink of nobility. Using harvested Bison grass, the grass is dried then used to flavour the spirit with a single blade left in each bottle. As quite an aromatic Vodka, it is best enjoyed ice cold and neat.

Zubrówka, also known in English as Buffalo Grass Vodka or Bison Grass Vodka, is a brand of dry, herb-flavored vodka that is distilled from rye and bottled at 40% alcohol by volume (80 proof). Its flavour is unique and is described as having woodruff, vanilla, coconut, and almond notes. The rye distillate is flavored with a tincture of buffalo grass (Hierochloe odorata), which also gives the spirit its yellowish color. This grass grows in the Bialowieza Forest (which is partly in Poland and partly in Belarus) and elsewhere. A blade of buffalo grass is traditionally placed in each bottle of Zubrówka, though this is largely decorative. The name Zubrówka comes from zubr, the Polish, Belarusian, and Ukrainian word for the wisent (European bison), which is particularly fond of eating buffalo grass.

You also have the option of upgrading your packaging to silicone or glass containers for your order of Dried Fruits and Nuts, and sensitive products such as our Meat Your Marinade line.